When our sales department reached out to a recent client, a doctor from Pennsylvania, he was being aggressively levied by the IRS. The taxpayer desperately needed someone experienced in tax resolution to help him get out from underneath the burden he was facing. When he hired BC Tax, LLC he thought he owed roughly $43,000 and was attempting to work with the IRS on his own. This proved to be more than he could handle and due to penalties and interest accruing, it was now closer to $90,000 he owed to the IRS.

The team assigned to his case hit the ground running and met the challenge head on. BC Tax immediately began the process to remove the levies from his bank accounts. They then began the work required to remove the penalties and related interest from his current liability. After a short while the team here at BC Tax was successful in removing penalties and interest of $10,900 as well as setting up the client on a payment plan with the IRS that would allow him to continue working without the burden of the IRS looming over him or his bank account.

If you find yourself in a similar situation, please call us at 1-800-548-4639 and ask to speak to one of our Tax Consultants who will be able to guide you in right direction to resolving your tax issue. 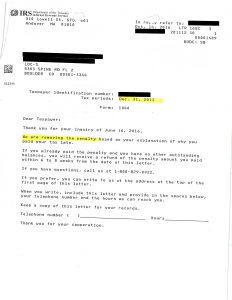 Sean Fewins
04:04 20 Jan 22
After find myself in a jam BC tax was there to help . Miss Nichole Long and team were Great to work... with. If I had a question they where there to answer it. Never had trouble getting ahold of them , they always returned my calls when they they would. They I touch on a regular basis. They listened to what I had to say and advised me on what I should do or on what they could , would or were going to do. They were with me every step of the way. With their experience and help they SAVED ME ! I would recommend them to everyone with a tax problem. They can truly HELP ! BC Tax. Thank You. Sean F.read more

Darryl miles
06:44 18 Aug 21
Before I entrusted in BC Taxes I was using Optima Tax Relief and the services they were providing I... would of had to break my lease because I wouldn't been able to afford to live. BC Taxes took over and changed everything! They set up a payment plan with the IRS, reduced the amount I owed and re removed the lines. This company is like no other.read more